Another notch up in State Pension Age 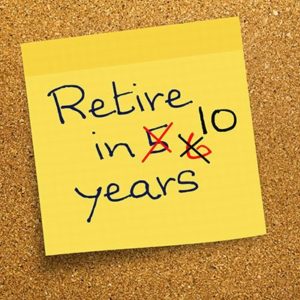 A government initiated independent review by John Cridland in March has proposed bringing forward the move to a state pension age (SPA) of 68.

Guy Ovenden, Chartered Financial Planner at Pembroke Financial Services Ltd, Independent Financial Advisers based in Shoreham said “there was a time when men received their state pension at age 65 and women at age 60. Those numbers may still be locked in your memory, but they are heading towards their own retirement!”

Just one month later both sexes will see their equalised SPA gradually rise to age 66 by October 2020. The following increase, to an SPA of 67, takes place between April 2026 and April 2028.

The report proposed that the change should occur between 2037 and 2039, seven years earlier than provided for in the existing legislation.

Guy says “if the government accepts the suggestion, then you will be affected if you have not yet reached your 47th birthday.”

No dates were mentioned for further SPA increases, although Mr Cridland did say he felt SPA should not increase more than one year in any ten-year period, assuming there are no exceptional changes to mortality.

In theory that could mean an SPA of age 70 arrives by 2059, which would catch the younger half of the Millennial Generation (often called Generation Y), born between 1980 and 2000.

The Government will publish its own report in early May 2017, drawing on Cridland’ s work and number-crunching undertaken by the boffins in the Government Actuary’s Department.

Not only is it likely to adopt something very close to the 2037−2039 window, but it may also follow another recommendation of Mr Cridland; namely the abolition of the triple lock increases to state pensions – introduced by the coalition in 2010 providing a guarantee to increase the state pension every year by the higher of inflation, average earnings or a minimum of 2.5%. The guarantee was introduced to protect pensioners from meaningless increases, such as the 75p a week increase that was given in 2000, and to make sure their income was not eroded by the gradual increase in the cost of living – from 2020.

Unless you are relaxed about an ever-receding state pension, now is the time to review your private pension planning arrangements.  For pension advice call us on 01273 774855 or email advice@pembrokefinancial.co.uk

The value of your investment can go down as well as up and you may not get back the full amount you invested. Past performance is not a reliable indicator of future performance. The value of tax reliefs depends on your individual circumstances. Tax laws can change. The Financial Conduct Authority does not regulate tax advice.

Why switching to a sustainable pension is the best thing you can do to tackle climate change
September 7, 2021

The gender pay gap: How it goes beyond salaries and affects retirement
July 6, 2021

Retiring in 2021? Planning is key as two-thirds risk depleting their pension savings
June 11, 2021

Equity release: As property values soar, could your home help fund your later life?
May 28, 2021

5 reasons why Generation X need to engage with their pension to achieve security in retirement
May 18, 2021

How inflation can reduce your pension and what you can do about it
May 14, 2021

5 reasons to switch pension providers to boost your retirement savings (and 3 things to do first)
April 14, 2021
Categories
Recent Posts
Testimonials

We really appreciate the professionalism of Pembroke

We are confident that going forward we have a healthier handle on this area of our finances and really appreciate the professionalism of Pembroke.

I have always found Pembroke friendly and efficient.

Appreciate the work done this year in growing my investment

Just wanted to drop you a line to thank you for coming around earlier this week. Appreciate the work you have done this year in growing my investment and it was a helpful conversation in every way!